Why I resigned from the National Academy of arts

Almost eight years ago, in September 2008, we opened the MA programme in Digital Arts at the National Academy of Arts in Sofia. Today, 13 July 2016, the academy announced its selection in what was supposed to be an open competition for a position that involves becoming the new head of the MA programme.
In my opinion, it was cronyism that won today, not the better candidate.

I have resigned from all my engagements with the academy because of this. Below is my open letter to the rector and the academic council (PDF here) which explains my reasoning. 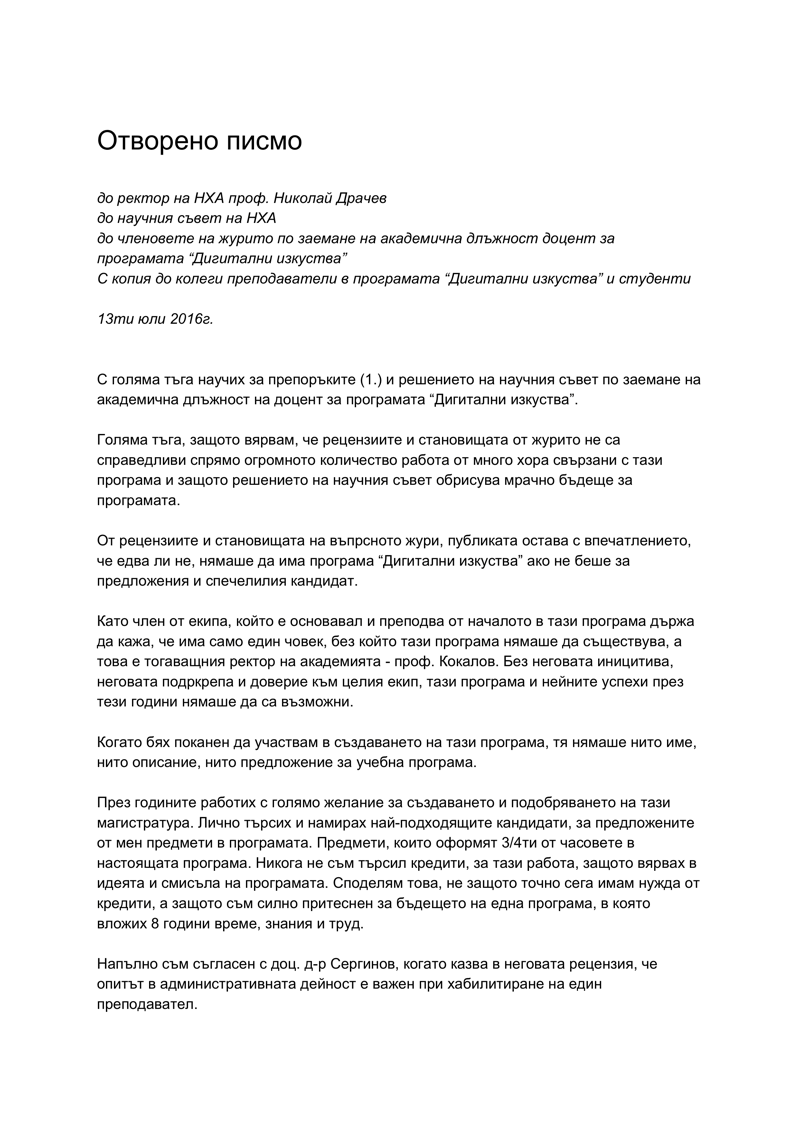 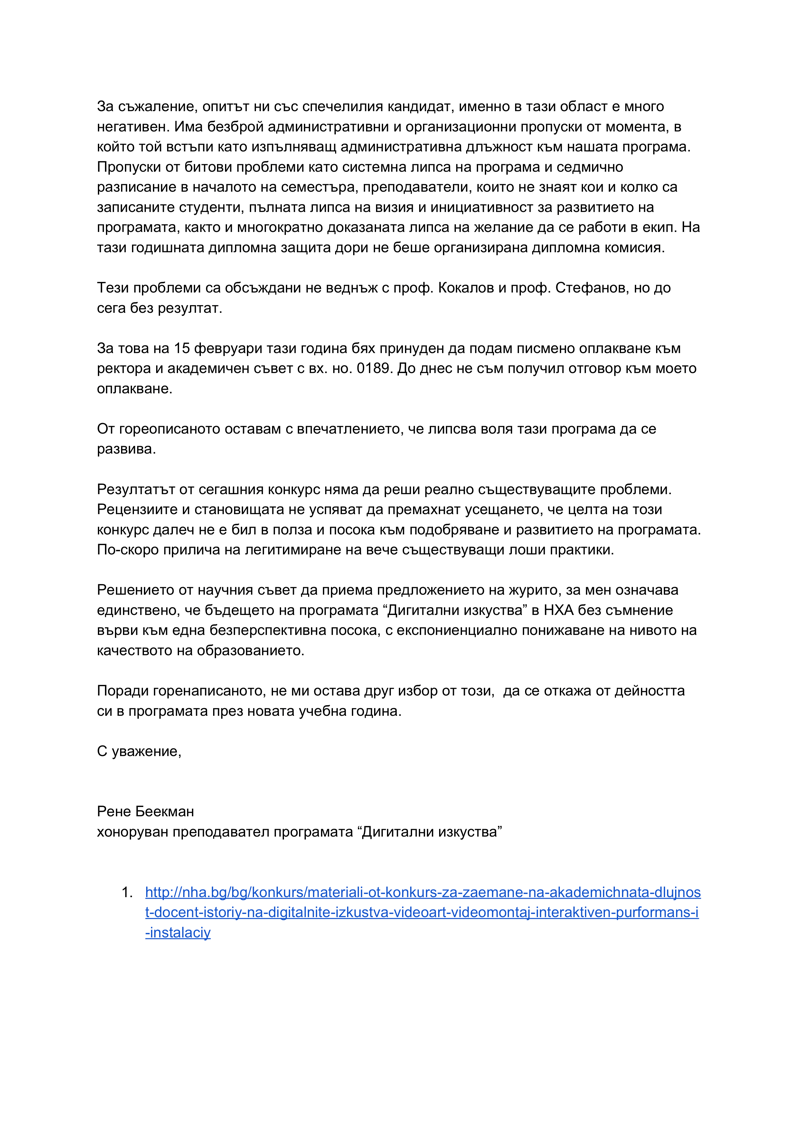 A brief update on this topic as I am preparing an update to the site.
Three years have passed since I wrote and sent this letter. The academy did, of course, not even bother to send a note that they had received my resignation, let alone respond to its content.
The same thing happened when I filed a formal complaint in February 2016. That complaint was passed on to the person the complaint was about, but never replied to or dealt with.