The exhibition was shown at the Credo Bonum Gallery in Sofia in April 2016, and in May that year at the Contemporary Space Gallery in Varna.

Based on exhibition, Rene Beekman and Krassimir Terziev held a public conversation on April 27 2016. A transcript of the conversation was later published in Bulgarian-language publication Kultura under the title About the Secret Life of Objects (local copy). 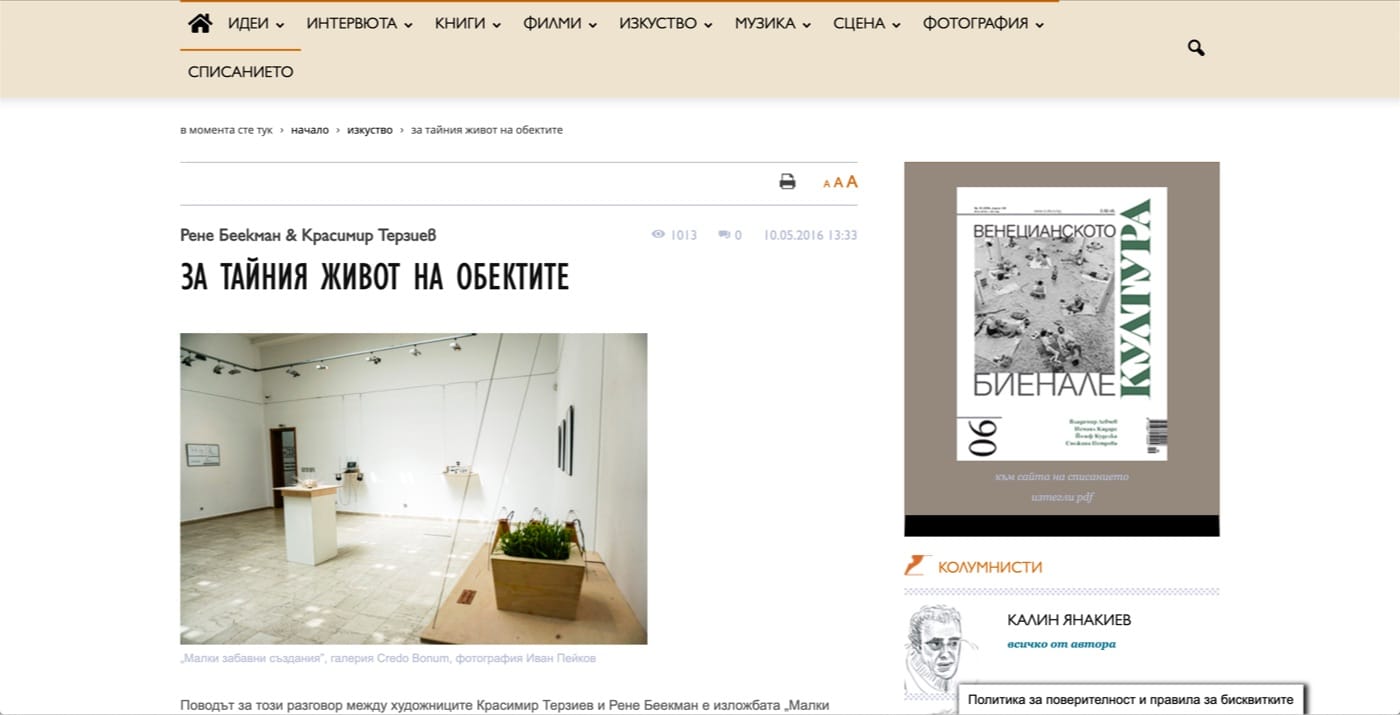 Show at U10, Belgrade

In June 2017 the exhibition was shown at the U10 Gallery in Belgrade, Serbia.

In a world full of smartphones, smart television sets, and smart refrigerators that tell us when we’re running out of milk, the exhibition Friendly little creatures shows a series of smart art objects.

American philosopher Graham Harman has argued that there is no reason to view the world only from the point of view of humans. Every object around us understands the world from their own perspective and point of view. And that same world looks fundamentally different for each object.

The exhibition shows works in which artists have tried to get away from our usual anthropocentric view, to take the sides of small creatures that we share this world with and to look at things from their perspective.

Friendly little creatures is a project by artists from the team of Reaktiv, a boutique studio that creates commercial interactive projects for museums, theater and even advertisement.

The works they have created for this exhibition confront us with our world from an alien point of view, namely that of smart objects around us.

Press publcations about the exhibition included: