On Thursday 13 and Friday 14 September 2001 the third edition will be presented of dot.nu sound & image, a joint initiative by Paradiso (Amsterdam) and V2_ (Rotterdam).

As usual the programme consists of a unique collaborative effort by a musician (‘sound director’) and a visual director, exploring the relationship between images and sounds. The collaboration will result in a completely original co-developed image-and-sound performance that is prepared at V2_ in Rotterdam during the week before the presentation. For the next edition of dot.nu sound & image visual artist René Beekman and musician/electronic music expert Xavier van Wersch have been invited to join forces.

In addition to this live performance two videos will be shown in which the relationship with music/sound is the main theme. ‘Silent Movie for a Listening Eye’ is a new video by English graphic designer Jon Wozencroft. ‘Contemporary Broadcasts’ is a video compilation of works that relate to British musician Robin Rimbaud, aka Scanner. 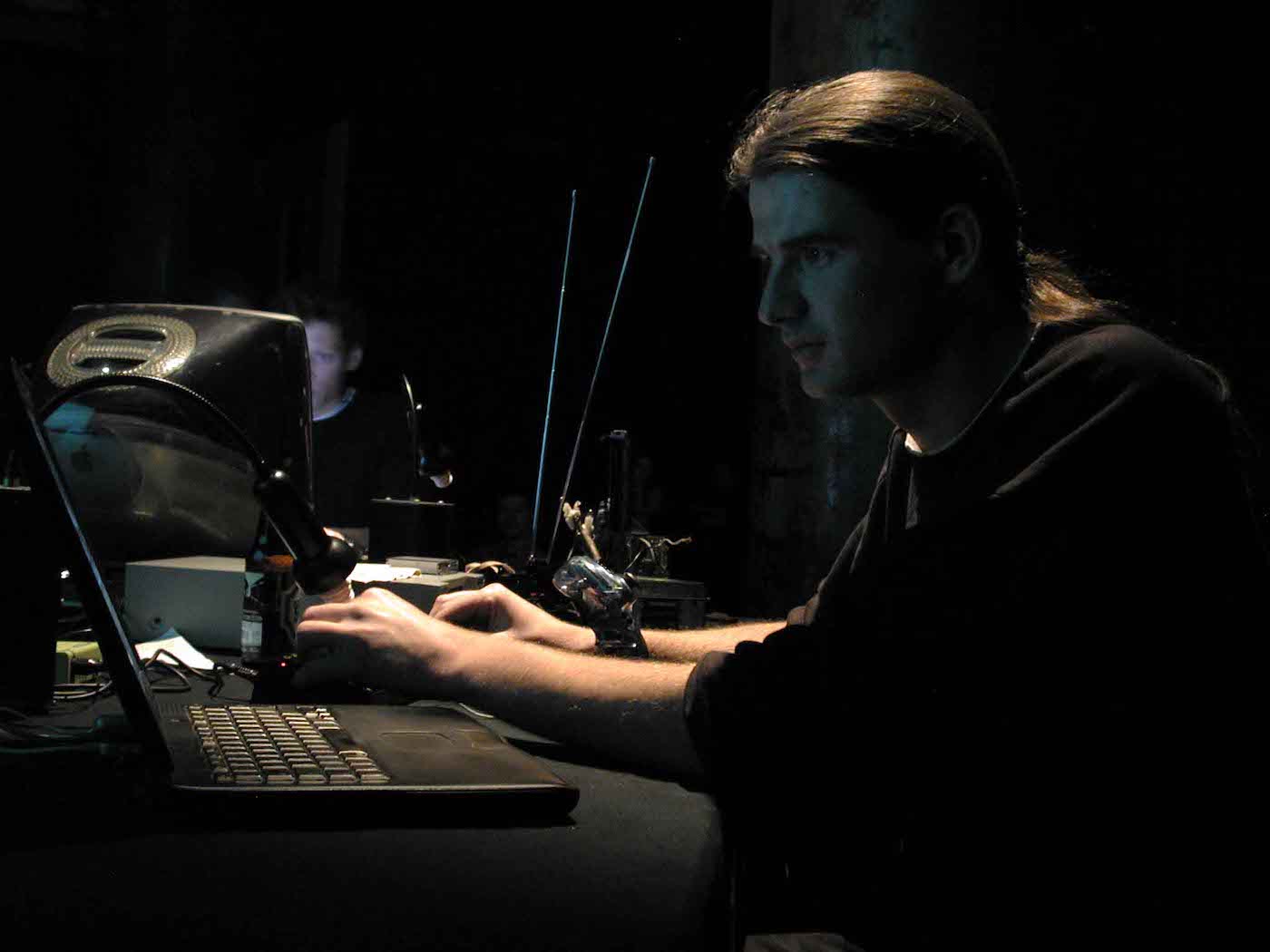 René Beekman (NL):
Beekman (1968) works as visual director in video and is also the author of a number of articles that explore the relationship between image and sound in the digital age. Some of his sound pieces have been released on CD. Having finished his education at the AKI Art Academy in Enschede, Beekman then went to IRCAM in Paris, among other places. IRCAM has a reputation as a leading institute in the field of innovative technology that facilitates a steadily increasing integration of image and sound. Here, Beekman was introduced to software like Max/MSP and nato that allows a direct interaction between image and sound. Images directly trigger sounds, and vice versa. As a visual director Beekman’s choice of imagery is guided by more or less ‘musical’ principles. “I choose my images like a composer chooses instruments for their timbre, harmonics and spectrum”. (source: lecture ‘Composing Images’ by Beekman, published in Lier en Boog, volume 15, Series of Philosophy of Art and Art Theory). http://www.xs4all.nl/~rbeekman 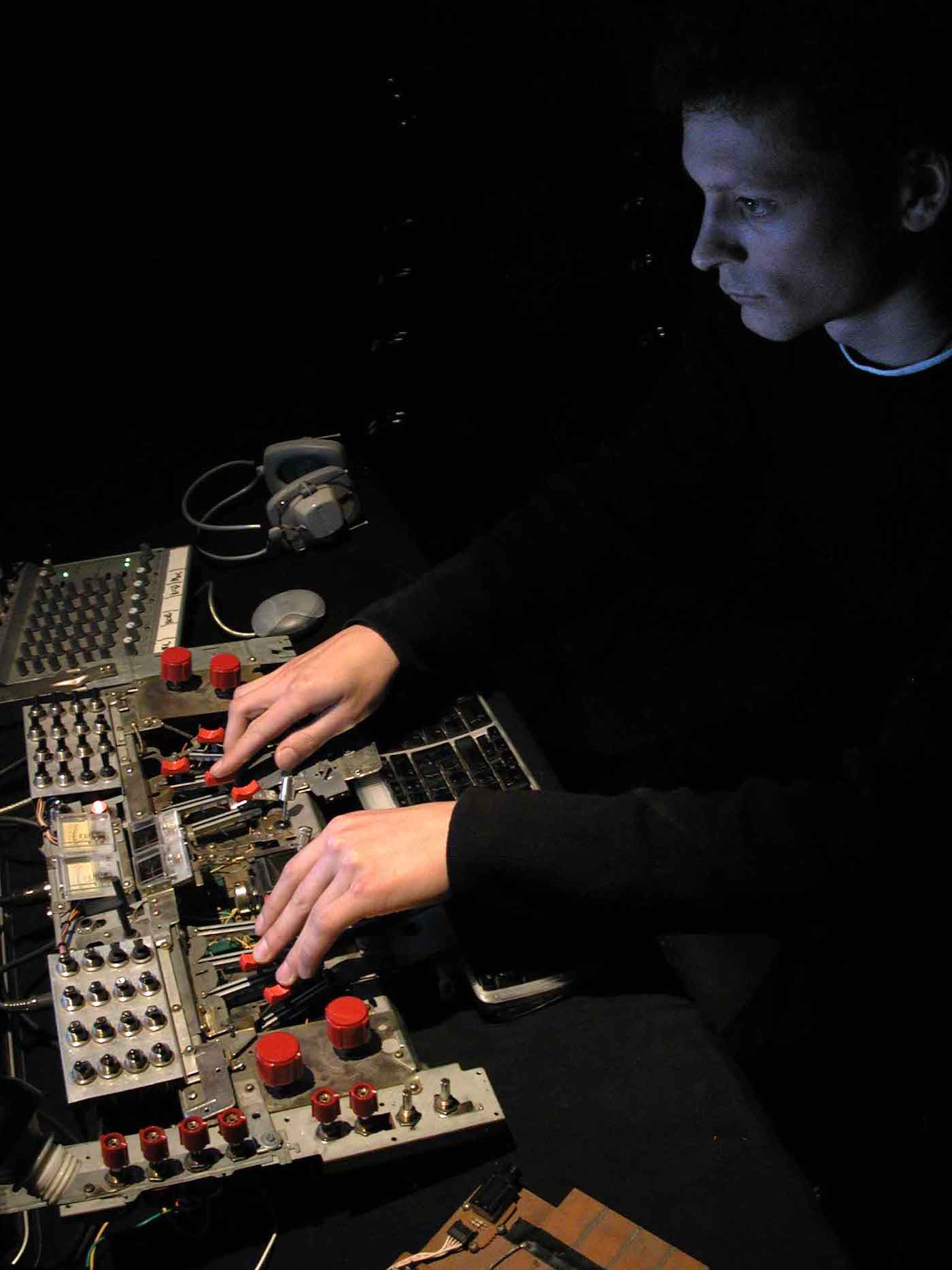 Xavier van Wersch (NL):
Xavier van Wersch (1976) last year obtained a degree in Sonology at the Koninklijk Conservatorium (Royal Academy of Music) in The Hague after having first studied philosophy and visual arts. In addition to being a performer, instrument builder and maker of installations and tape pieces, Van Wersch has a fascination for unstable systems that seem to have an uncontrollable life of their own. Among other things, Van Wersch developed the ‘scream box’ (a name referring to STEIM’s legendary ‘kraakdoos’ (crackle box)) in an attempt to build a lively instrument that offers a more direct and more physical control over sound material than do traditional synthesizers. He also developed the ever expanding ‘220 volt network’, an installation in which the audience, by walking on a surface, triggers an electric brain thereby activating all sorts of noisily operating devices. Under the name ‘SzohrgÔr’ Van Wersch (together with Dave Krooshof) is also involved in creating electronic dance music. His tape composition ‘Odysseia’ has been recently released as a CD by BV Haast Publishers. http://users.belgacom.net/xaflab 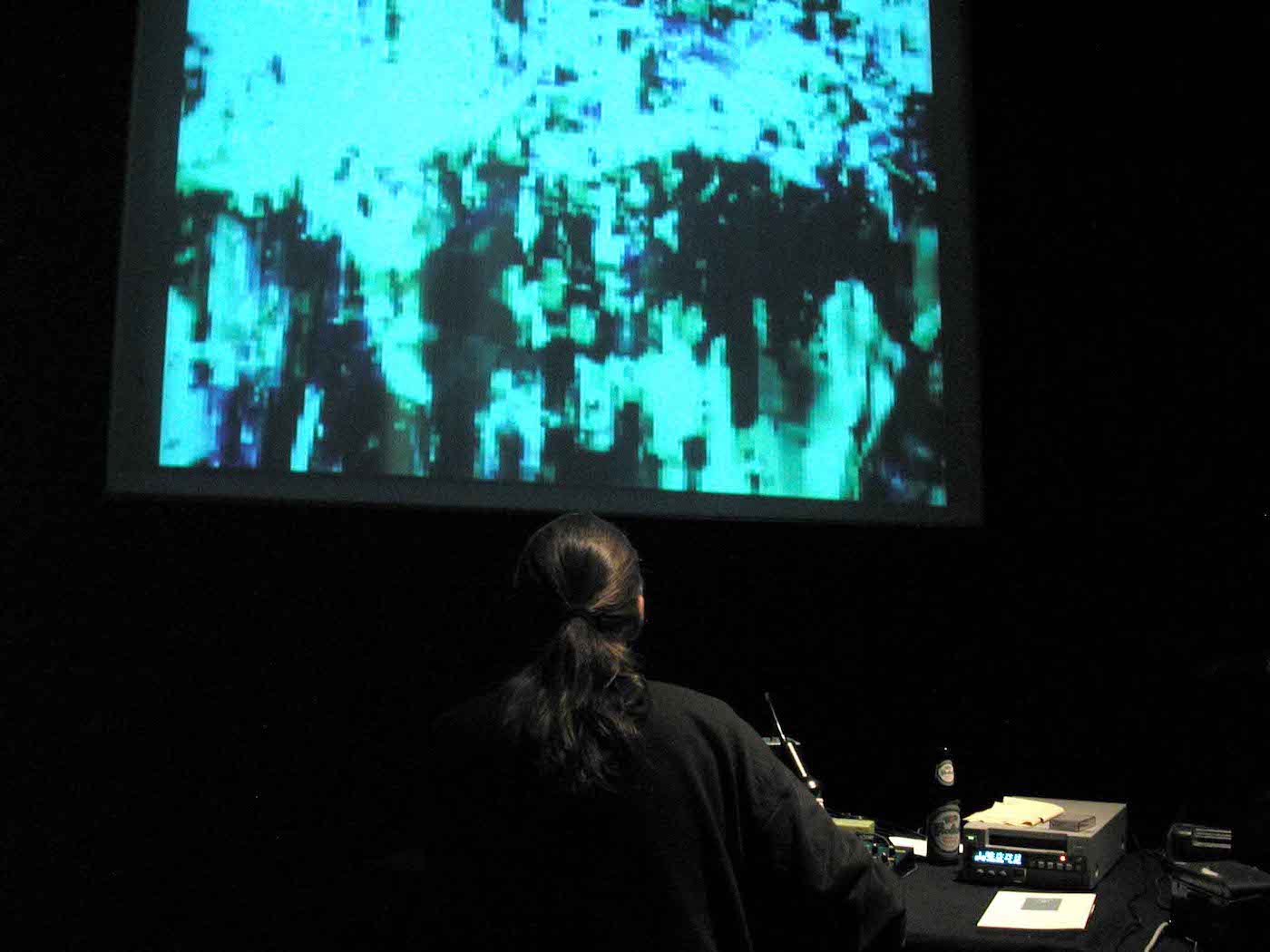 Jon Wozencroft (UK):
London based graphic designer Jon Wozencroft is one of the co-founders (together with historian Mike Harding) of the music publishing company Touch that this year celebrates its twentieth anniversary. From its first publications in 1981 Touch has both stimulated the imagination and challenged the eardrums of listeners with editions that go beyond traditional conventions of what is supposed to be music. Touch’s extraordinary packaging has always been the work of Wozencroft who, besides working as a teacher, is associated with the experimental typographical publication FUSE. At the recent Sonar Festival in Barcelona Wozencroft designed the exhibition ‘Invisible if only’. Dot.nu will be presenting a new video work by Wozencroft, entitled ‘Silent Movie for a Listening Eye’.

Scanner (UK):
‘Temporary Broadcasts’ is the title of a video compilation of various works relating to the British musician Scanner, the alias of Robin Rimbaud. These videos were produced in collaboration with the multimedia collective Dfuse and director Katarina Matiasek. The synthesis between sound and the images associated with it play an important role in this compilation. Many of the images were shot while traveling or at least originate from travels, in the same way as Rimbaud himself has been making ‘audio snapshots’ for years now.

More information can be found at: https://v2.nl/events/dot-nu-sound-image-3
Dot.nu can also be seen live via the website http://www.v2.nl/live

With thanks to:
Rotterdam 2001, Culturele Hoofdstad van Europa

The video instrument was built in Max/MSP using Nato.0+55+3d. The following is a screenshot of the Max/MSP/nato patch used in the performance: 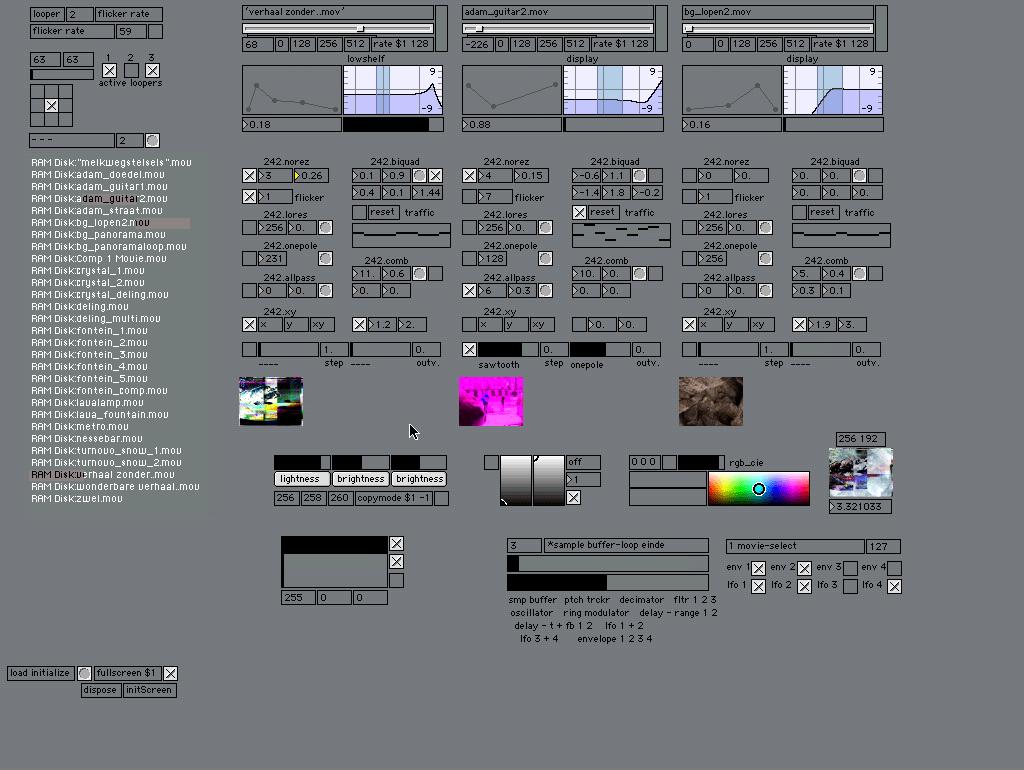