Route is a collaborative project by René Beekman and Bruce Gremo, which premiered at the World Wide Video Festival in September 2000.

Route is a multiple-computer instrument-concept developed by Bruce Gremo and René Beekman which enables independent real time DSP improvisation in both the audio and video realms, but also lets the two performers cross-route control, so that the audio performer controls the visual and vice versa.

What they primarily improvise with is the configurations of routing, constantly changing the control surface, its topography. In this regard, it is best to describe the work as cross-media.

“In video, the opportunities provided by digital and electronic techniques are almost exclusively used within the traditional mindset of film. René Beekman offers a sharp analysis of this in his essay ‘Composing Images’. A fish on the screen is still interpreted as a fish, whilst it really is nothing more than a stream of digital data, i.e. picture lines. In painting this has been an accepted idea since the twenties(!) of the previous century. Take René Magritte’s painting ‘Ceci n’est pas une pipe’. The method and software of digital video continue to demonstrate a way of thinking based on film: virtual splicers with which you assemble virtual film strips.

Beekman resists this and aligns himself with pioneers like Steina and Woody Vasulka. With his anti-narrative work, he demonstrates how limited this way of thinking is. A world of opportunities opens up when one leaves old assumptions behind and starts working from the objective properties of the medium itself. For Beekman, video has much more in common with music than with film. This applies not just to the creative process, which is comparable to composing music, but also to the tools. Currently, the most innovative software for digital video comes from the field of electronic music, in which sound is judged by its physical properties. Beekman approaches his material in the same way: he selects images according to intensity of light and colour, their forms and their temporal development. They do not refer to the object from which they are derived, and certainly not to all the connotations attached to it. In this respect, Beekman takes Lemmertz and Kvium’s principle one step further: in ‘The Wake’ they avoid any use of words because of the guiding interpretive effect that these have. Both digital video and electronic music make extensive use of computers. To what extent can the software developed for one medium be applied to the other? Beekman has investigated the possibilities of this together with musician and composer Bruce Gremo.

They have developed an instrument with three computers and they improvise on these using a large number of processing strategies. The basic material for this consists of previously recorded images and sounds that are first fed into the computer and then completely transformed through successive processing over a number of stages. During the performance, Beekman plays the visual instrument’s computer and Gremo the audio instrument. Both computers import and generate a flow of control data. A third computer acts as an interface between the two and is the control hub (operating centre) at the same time. With this system, Beekman and Gremo can produce completely new concepts of sound and image, even though these are improvised. The performance is almost a kind of game: for instance, the audio performer can send the data from a musical line to influence the image’s colours. The video performer can reject this and send the data back in a modified form, or he can send a stream of colour data to change the music’s rhythm. But you can also look at it as a continuous cross-pollination between the domains of video data, audio data, and control data. These domains are constantly being redefined through control routing and inter-routing. Video data becomes control data, audio data becomes video data etc. In so doing, they jointly create new surfaces or tomographies for their interface — a process in which they constantly learn and relearn to lose control.” – Lies Holtrop, World Wide Video Festival Catalogue

The following stills were recorded during a studio session on 9 December, 2000 at HarvestWorks (New York). 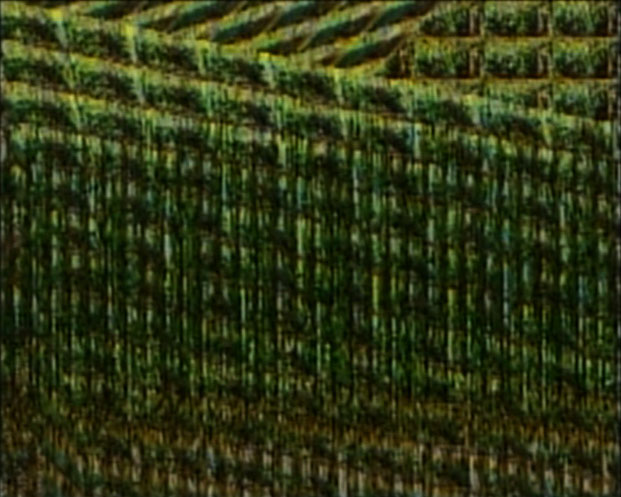 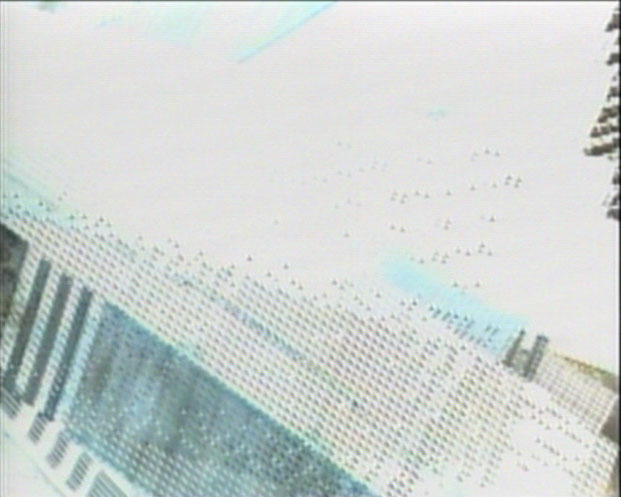 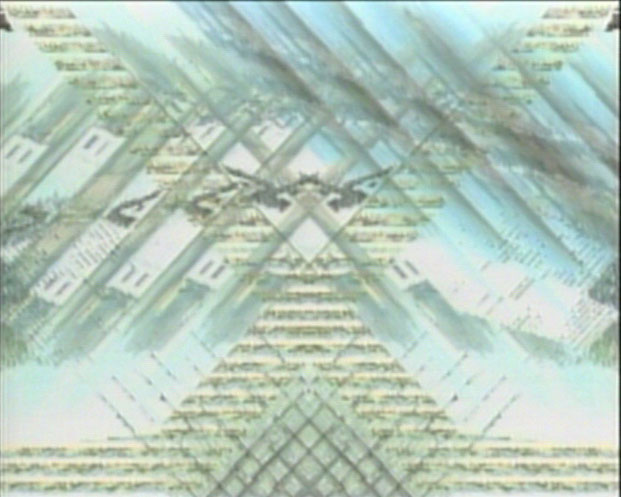 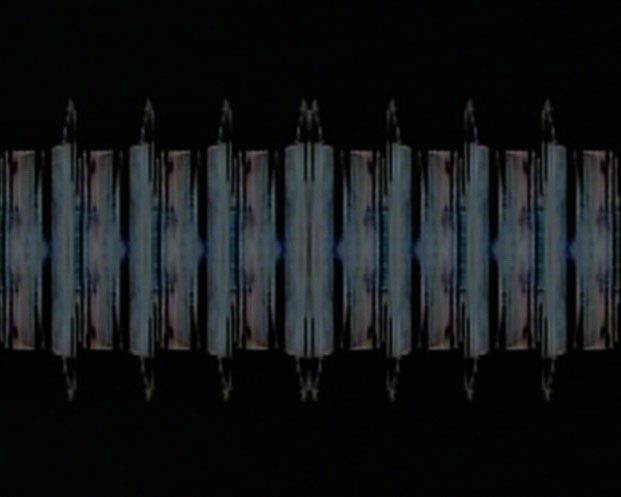 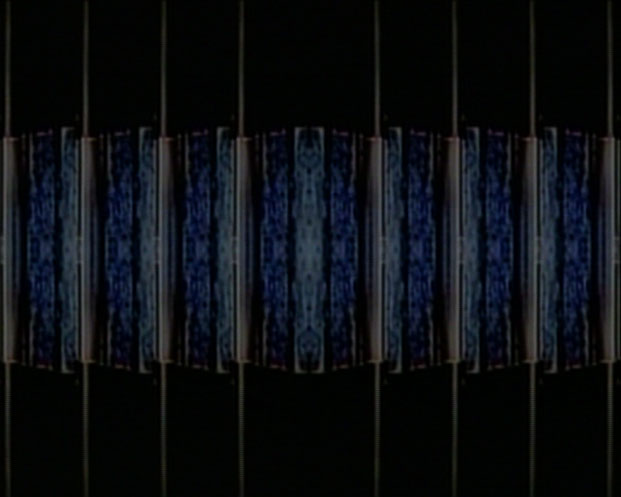 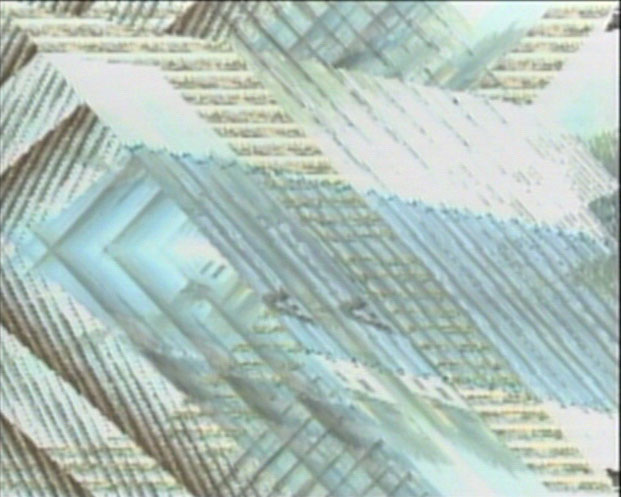 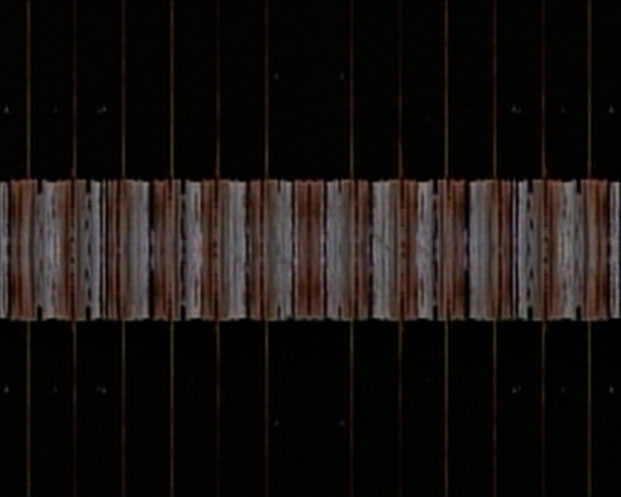 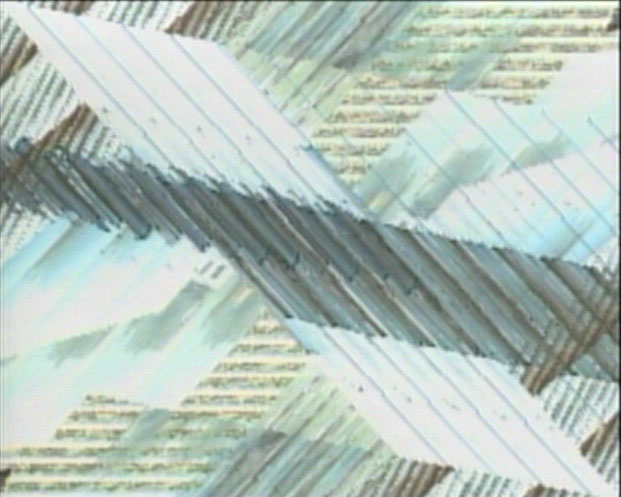 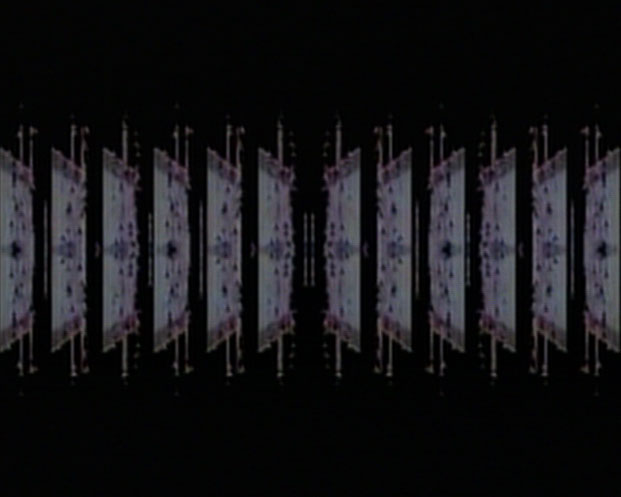 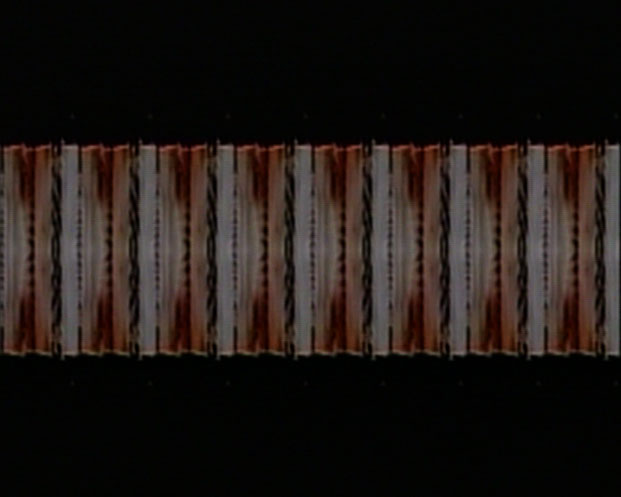 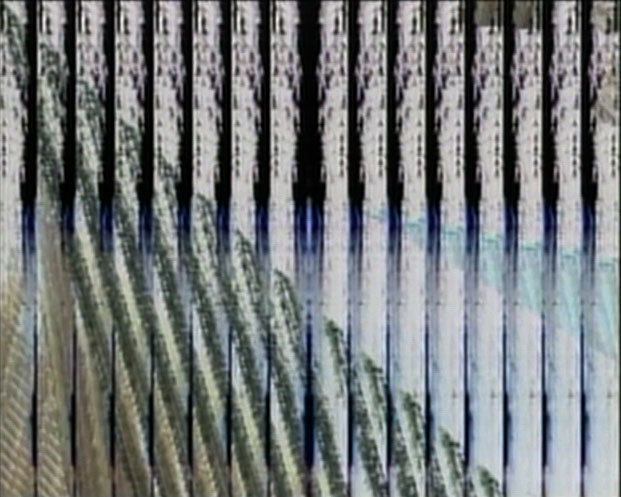 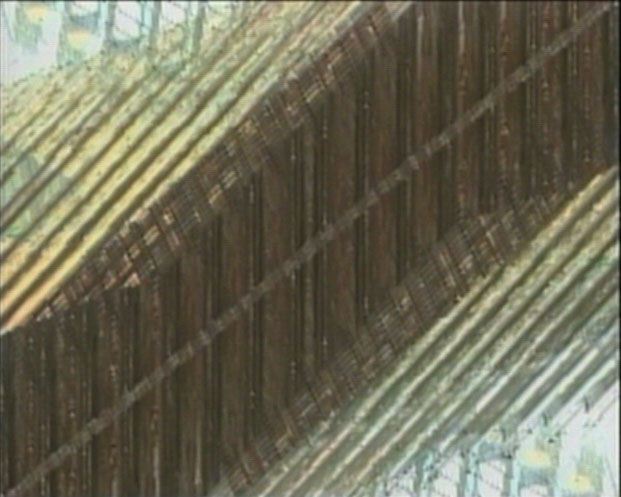 This is a screenshot from my Max/MSP and Nato-based patch: 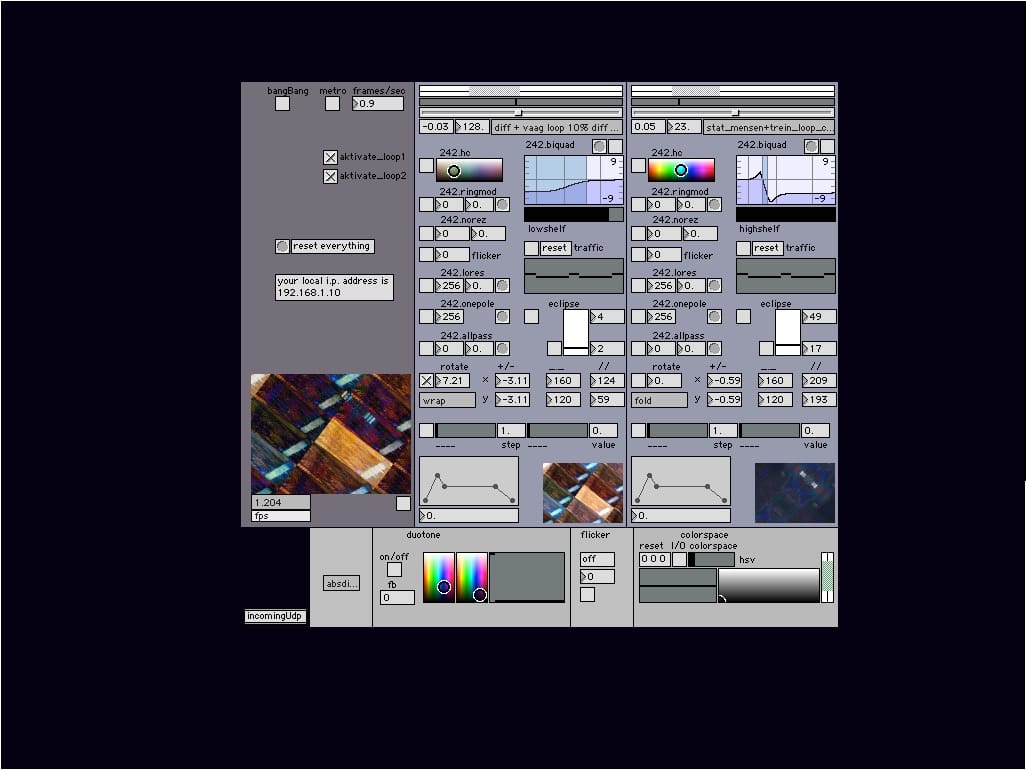