In 1999, together with Montevideo / TBA, ASCA (the Amsterdam Scool of Cultural Analysis) and L&B (Lief en Boog, Series of Philosophy of Art and Art Theory) we organised two conferences under the title That Media Thing.

The name of the conference came from an interview that Rosalind Krauss had given with the L&B editors. Her disdain reference to “that media thing” was reappropriated by the organisors.

One of the theorists holding severe doubts about media art, at least in 1997, is Rosalind Krauss. In an interview with L&B editors, in the context of the exhibition Mediascape at the Soho Guggenheim in New York City, she explaimed: “Whomever we think the subject of Renaissance and Modernist painting might have been, it certainly was not a subject who was imagined to be in a darkened space reacting to that media thing.” - Annette W. Balkema and Henk Slager, Prologue of the Screen-based Art issue of L&B, volume 15, page 9

During the second day of the conference, I presented Composing Images.

All presentations were later published in L&B volume 15, Screen-based Art.

Below are screenshots of the pages: 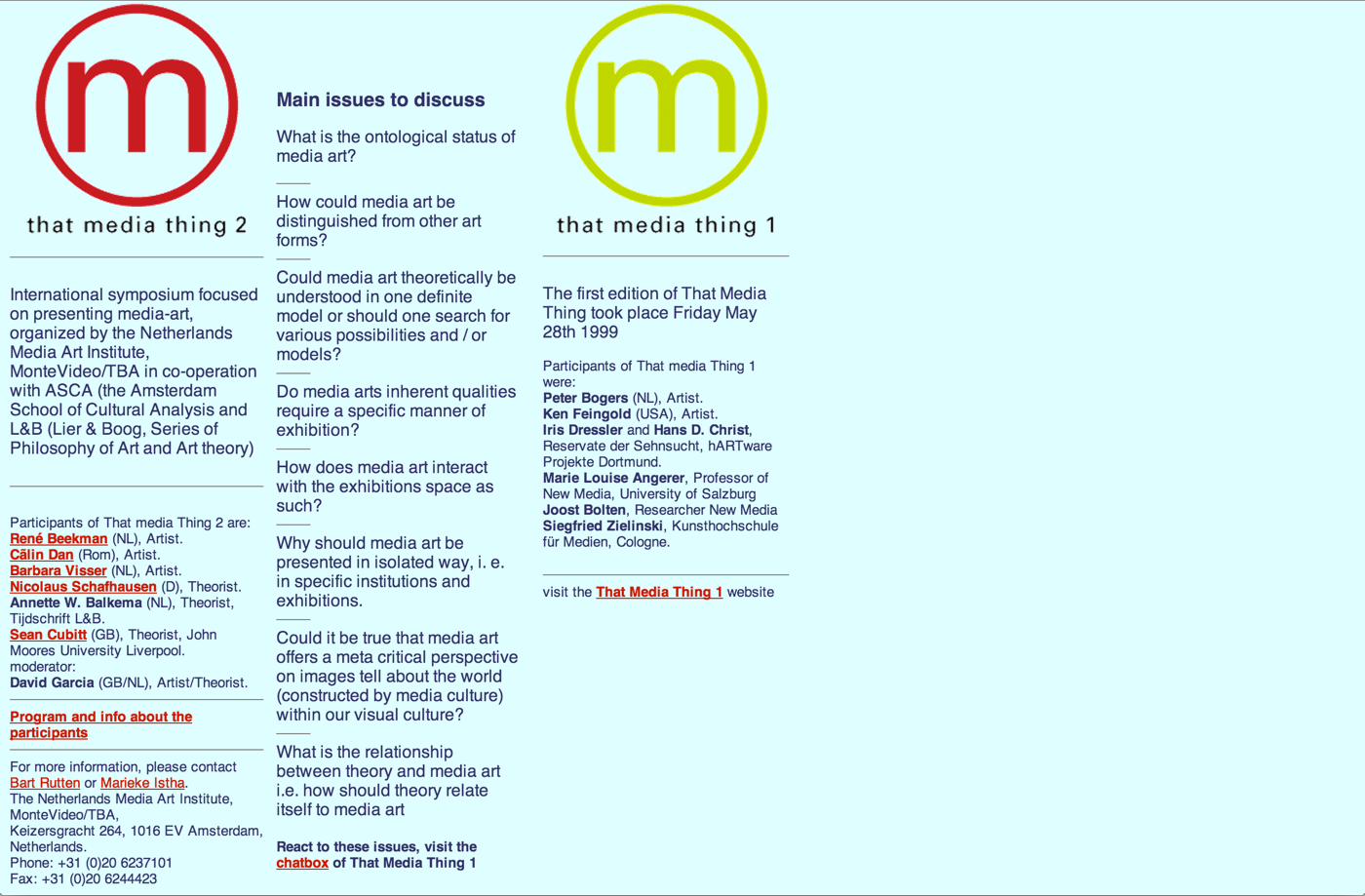 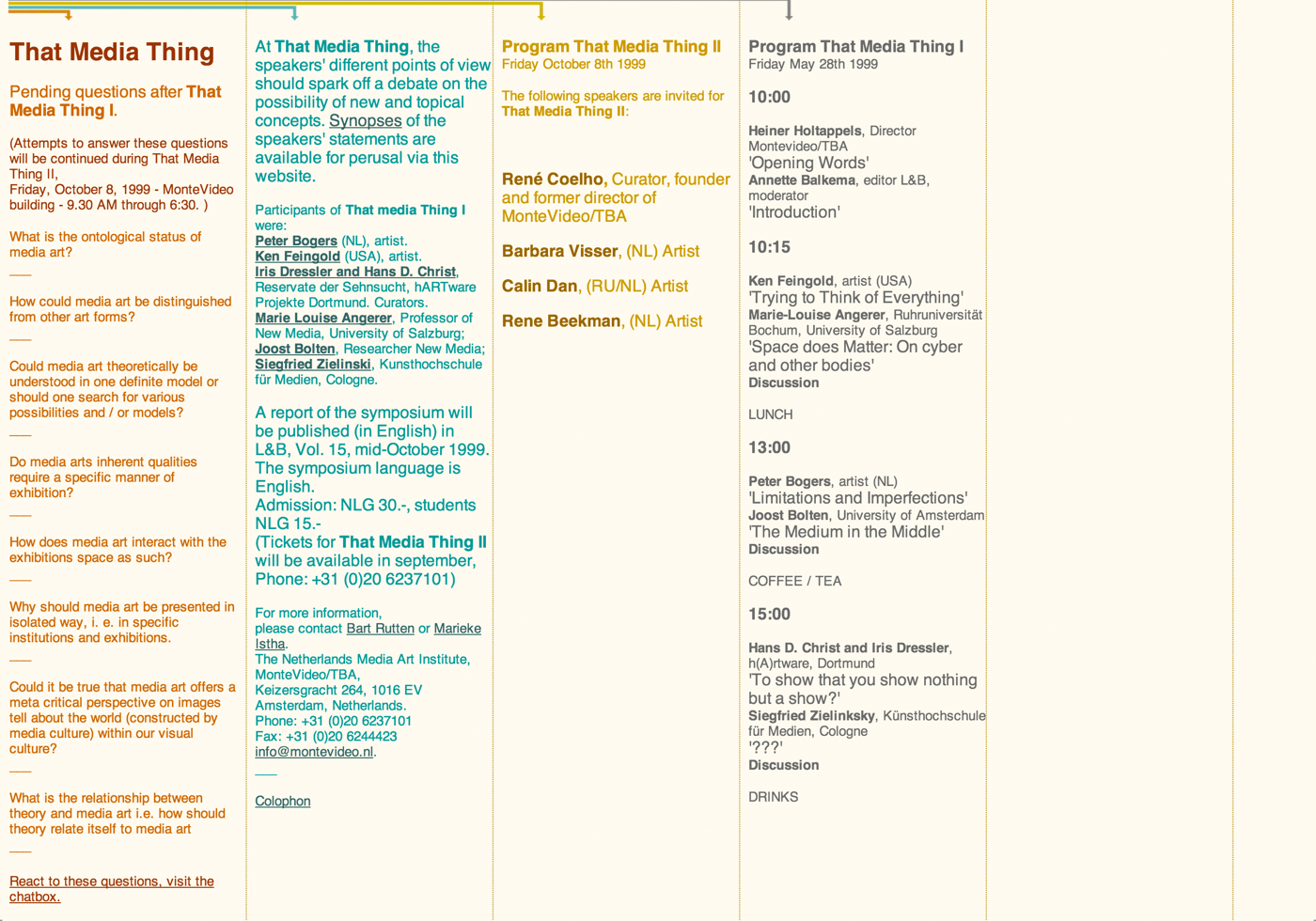 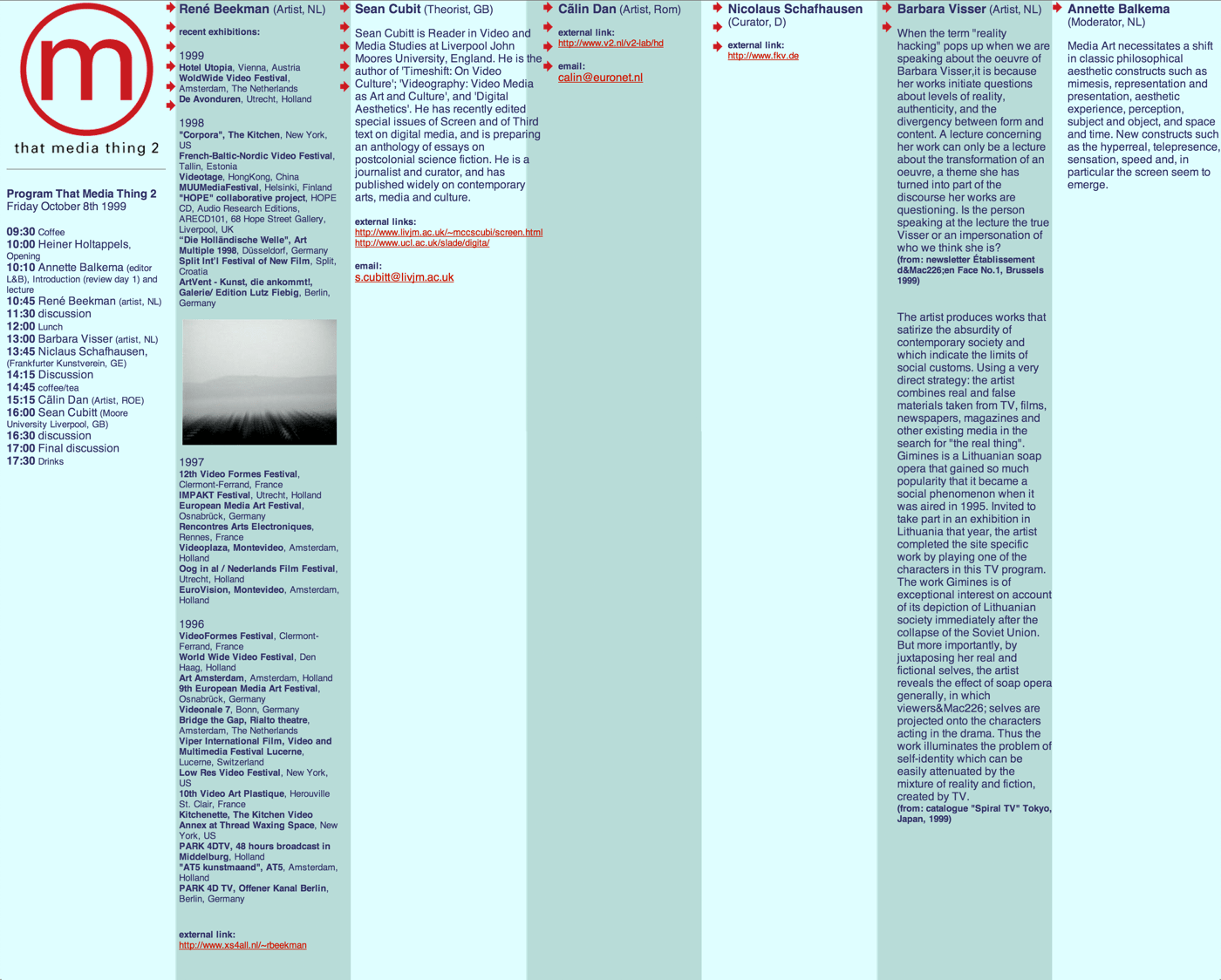